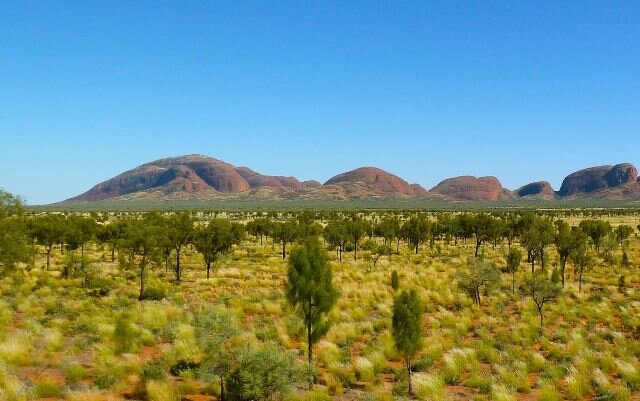 The connection to country, culture and community is intrinsically linked to the teaching and conservation of Indigenous languages, according to a communications expert from Flinders University.

Flinders University Emeritus Professor Andrew Butcher, who has researched Australian Aboriginal languages ​​for over 30 years, stresses the importance of preserving the First Nations language, including pronunciation and other details in a recent article in three Central Australian languages.

“In all of Australia’s indigenous languages, the most important message is that these languages ​​must be recorded before they disappear – as so many have already done – and, if possible, supported and revived in the communities to which they are. belong, “said Professor Butcher. .

August 9, the annual International Day of the World’s Indigenous Peoples 2021, warns that the COVID-19 pandemic exposes more than 476 million indigenous peoples in 90 countries to further inequalities due to poverty, disease, discrimination and other instabilities .

The pandemic follows centuries of marginalization and a set of different vulnerabilities affecting the health and well-being of indigenous peoples around, the United Nations annual International Day of the World’s Indigenous People warns.

Indigenous peoples are the bearers of a vast diversity of unique cultures, traditions, languages ​​and knowledge systems. Despite these challenges, Indigenous peoples have demonstrated extraordinary examples of good governance, ranging from the Haudenosaunee to the National Congress of the First Peoples of Australia.

Professor Marija Tabain, from the University of La Trobe, main author of the recent article in Journal of the Acoustic Society of America, studies the articulatory and acoustic phonetics of several different languages, including the central Australian languages ​​Arrernte, Pitjantjatjara and Warlpiri.

“Our study of consonant articulation among 21 speakers of these three neighboring Central Australian languages ​​highlights the unique use of the language and the subtle differences between users,” she says.

Gavan Breen OAM of the Institute for Aboriginal Development in Alice Springs and Professor Richard Beare of Monash University also participated in the study, engaging with several members of the Arrernte, Pitjantjatjara and Warlpiri communities in the Northern Territory. and northern South Australia.

“This ongoing research is increasingly confirming the uniqueness of Indigenous languages, especially with respect to their sound systems and range of articulations,” says Professor Butcher, also an expert in articulation and communication disorders. .

He says the development of indigenous Australian languages ​​- among the oldest surviving languages ​​on the planet – can also help inform contemporary studies and “tell us more about human languages ​​in general.”

Professor Butcher and the late John McEntee, a senior man from Adnyamathanha, also recently published a detailed analysis on the intricacies of the Adnyamathanha language.

The Phonology of Adnyamathanha monograph highlights the close connection between the Adnyamathanha Thura-Yura language spoken in the northern Flinders Ranges of South Australia and the long history and culture of the people, says Professor Butcher.

The article, A forming study of the alveolar versus retroflex contrast in three Central Australian languages: Stop, nasal, and lateral manners of articulation (2021) by Marija Tabain, Andrew Butcher, Gavan Breen and Richard Beare, was published in the prestigious The Journal of the Acoustic Society of America.

This document is subject to copyright. Other than fair use for private study or research purposes, no part may be reproduced without written permission. The content is provided for information only.

Manasseh Azure Awuni: The Norwegian journalists who saved Ghana millions of dollars and the “bitter” journalist in Ghana