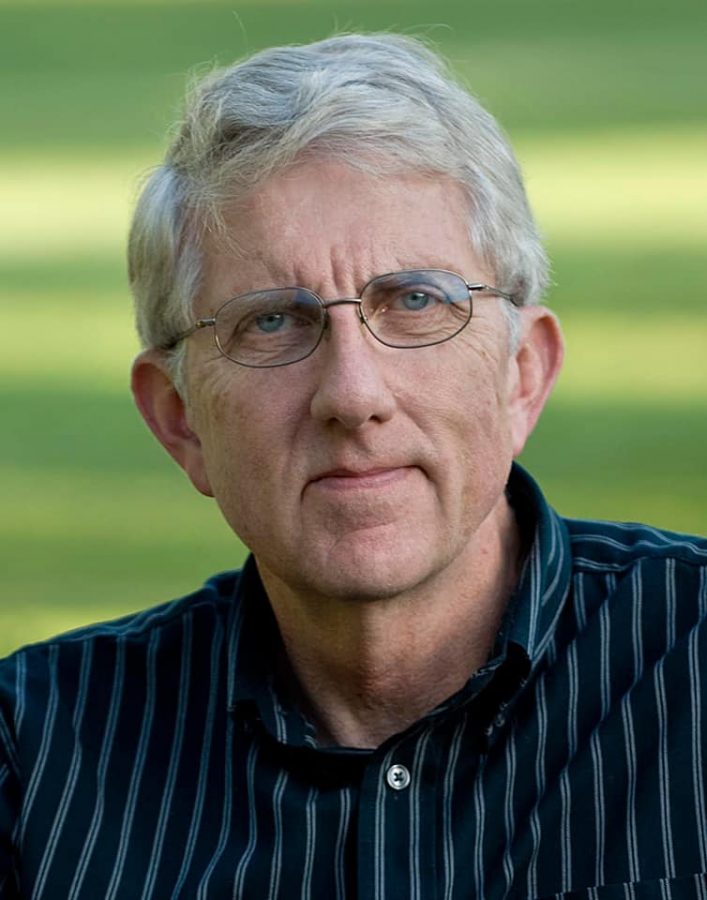 When I woke up the day after William A. Recktenwald died this week, the first thing I heard in my head was his gritty voice asking me, “How are you my friend?” It was a greeting I had heard dozens of times from “Reck” over the past 15 years at the SIUC School of Journalism where we were colleagues.

I don’t think I know anyone who has stayed in touch with a network of friends, colleagues and alumni larger than Reck. Almost every vacation he flew to visit them in remote places around the world. On one of those visits, he survived Sri Lanka’s deadly tsunami.

If it was August 2020 rather than August 2021, I know where Reck would have spent last week. He was reportedly in SIU dormitories to help the students and their parents move in. He never missed a week of moving in – including last year as he headed into retirement – and he had the muscles to do the job because he worked at Gym SIU school until. at 70 years old.

There are half a dozen size categories that apply to Reck. Great journalist, great investigator, great mentor, great teacher, loyal friend. But despite all this greatness, it was never unworthy of him to grab suitcases and boxes and tell the students and parents that the SIU was a great school and that they were wanted here.

I knew Reck by reputation before knowing him as a friend. Reck, Phil Greer and I were three journalists Mike Lawrence had recruited for the SIU School of Journalism. Mike, himself a journalist and former spokesperson for Governor Jim Edgar, was at the Paul Simon Public Policy Institute, which he later headed.

When I first came to the SIU, I was familiar with Reck’s role in the legendary Mirage Tavern Sting, which revealed that many Chicago detectives were crooks. And I knew he was an investigative reporter for the Chicago Tribune, was a multiple Pulitzer Prize finalist, and worked on two teams that won the Pulitzers.

What I didn’t know was that Reck would be my wise and hardworking collaborator on some of our bigger projects at school.

One of the worst days of our lives was April 29, 2008, when Ryan Rendleman, a talented young Egyptian Daily photojournalist, was killed when a truck wrecked his car while driving on Route 127 for himself. render to a mission. On the day of his death, Ryan was presented with a photo of a child with an illness for which a fundraiser was planned near Carbondale. He could have just pasted the document in the journal with a short story. But Ryan thought he would bring the story to life by taking photos of the child and was on his way to the photoshoot when the truck hit him.

We were devastated. Reck, Greer and I had been particularly close to Ryan, as well as to the students and ED Editorial Director Eric Fidler. We started a scholarship in Ryan’s name and planted a redbud tree outside the School of Journalism. Reck has worked hard on both projects, taking care of the health of the tree over the years. And he went further by having Ryan recognized at the Washington DC Newseum as one of the journalists who died in the line of duty. He has remained close to Ryan’s family.

On the day of the leap year tornado that hit Harrisburg in 2012, Reck made sure reporters and DE photographers were at the scene immediately, then called friends in the Tribune to tell them about the disaster. The DE photos were on the front of the Trib the next day thanks to Reck’s intercession.

But it was what Reck did next that was special. He led a project to publish a leap year tornado book to help raise funds for those affected by the storm. Not only did Reck lead the project, he also garnered the Chancellor’s support and sold ads himself to help fund the publication. He presented the book to the community the following August.

Reck also led our retrospective on the first century of The Egyptian Daily. He spent hours collecting the names of the old editors and making sure their names were spelled correctly, which is no easy task. He also lined up Geoff Ritter, a former student working at the Carbondale Times, to write the main piece.

Geoff was one of the many students with whom Reck kept in close contact. Ultimately, Geoff was Reck’s proxy and had to face some tough decisions over the past five weeks as his health rapidly declined. Ritter’s obituary on Reck captures the man beautifully.

As the 100th anniversary edition of DE approached, Reck and I would often talk about the sad fact that there had been no black editor and black people often did not feel at home in the room. drafting. We were grateful that Tyler Davis had crossed that year to become the first black editor. (And this year Oreoluwa Ojewuyi became the first black female IEC.)

For most of his years at the School of Journalism, Reck was the faculty sponsor of the local chapter of the National Association of Black Journalists. He often found ways to fund journalist travel to NABJ national conferences. Reck also kept in close contact with the Ugandan students we had met on trips there. He often kept me updated on students I had met but had really gotten to know.

If memory serves, Reck also once bought a car from a poor Hispanic student to go to a distant summer internship. And another time, he lined me up to join him in interceding in court to reduce the sentence of a promising DE cartoonist who smashed a window in downtown Carbondale.

The students loved his classes. I’ve heard a lot of it in the last few days. Reck treated them with a wry, low-key sense of humor as he imparted the wisdom of half a century to them. One example is the story he told to emphasize the importance of ending an interview by asking if the interviewee had anything to add. Reck recounted an interview he had with a coroner after a young man died suddenly and his parents suspected foul play. When Reck asked the coroner if there was anything to add, the coroner said there was one final problem – the note found in the man’s stomach. It was a suicide note.

There were a lot of paradoxes in Reck’s life. He was a journalist who had history, even though he could not write or type correctly. He had no close family life but followed dozens and dozens of close friends. He did not have children but has mentored dozens of young people who have remained his devoted friends. And he did not graduate from college, due to his undiagnosed dyslexia, but became President of the Senate of the Faculty of the SIU.

At our journalism faculty meetings, he was the most knowledgeable of operators. I was the director but always made sure I was on the same side as Reck – not only because he was usually right, but also because he almost always won. His careful reading of departmental operating papers has left those of us with so-called “terminal” diplomas in the dust.

Most of my journalistic mentors are dead now. But I hear them sometimes in my head – not their voices but their nuggets of wisdom. For years to come, I think I will hear Reck and his greeting: “How are you my friend?

William H. Freivogel is professor and former director of the SIUC School of Journalism

Tributes to family who died in Galway motorway crash

The state of the social sciences