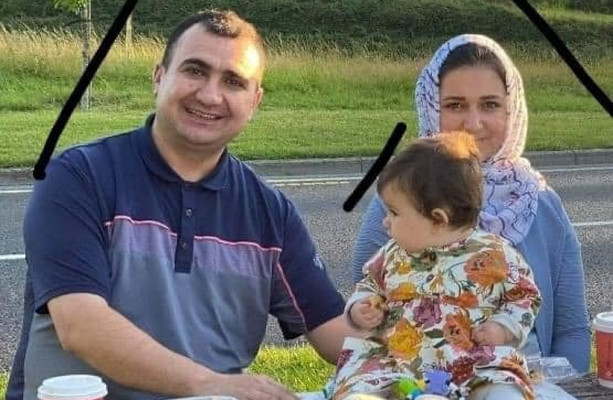 Tributes to family who died in Galway motorway crash

TRIBUTES WERE paid to the family who died in a car crash on the M6 ​​motorway in Galway on Thursday evening.

Karzan Sabah, Shahen Qasm and the Kurdish couple’s eight-month-old baby Lena were killed after their car was hit by a vehicle traveling in the wrong direction on the highway near Ballinasloe at around 7.40 p.m.

The driver of the oncoming car on the highway is called Jonasz Lach. He was the sole occupant of the vehicle.

All four people were pronounced dead at the scene and their bodies were taken to Portiuncula Hospital in Ballinasloe for autopsies.

The Kurdish Irish Society paid tribute to the young family and expressed sympathy to their friends and relatives.

“It was relayed that the horrific three-car crash on the M6 ​​outside Galway on Thursday resulted in the death of an entire Kurdish family,” the company said.

Our sincere condolences to the families and relatives of Mr. Karzan Sabah, former doctoral student in agriculture, his wife Shahen and his daughter Lena.

“May their souls be restored to Allah and may they rest in peace. God grants peace to their souls, ”concluded the tribute.

The family lived in Galway City for several years, where Karzan had completed a doctorate in insect ecology at NUI Galway.

No news is bad news
Support the journal

A third car was also involved in the incident, as Gardaí believes debris from the initial collision struck the vehicle and caused the driver to crash.

The driver of the third car was the sole occupant of this vehicle. She was taken to hospital for non-life threatening treatment.

Gardaí called on witnesses to the incident to come forward, especially drivers with dashcam footage filmed along the stretch of highway at the time of the collision.